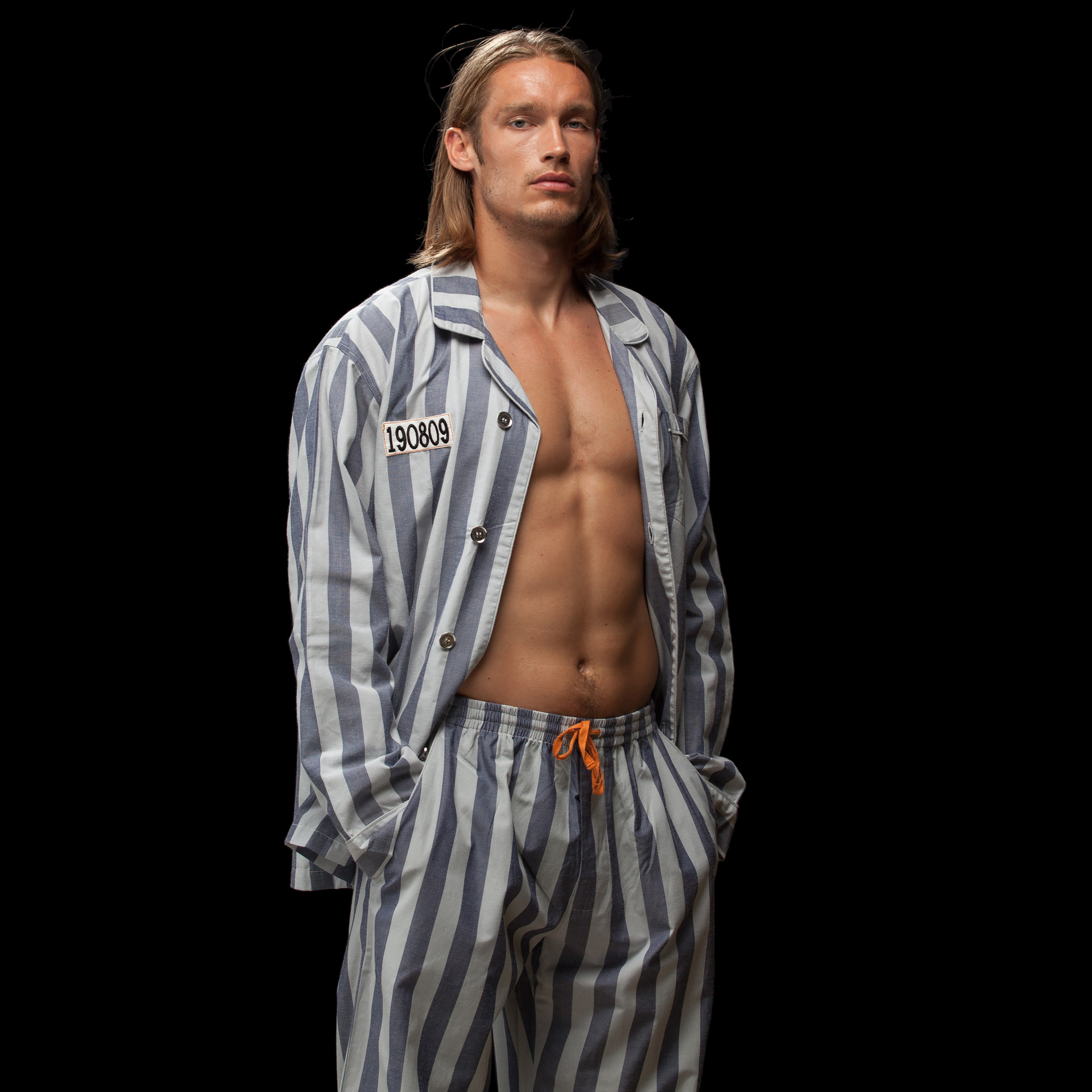 blue & gray striped back side 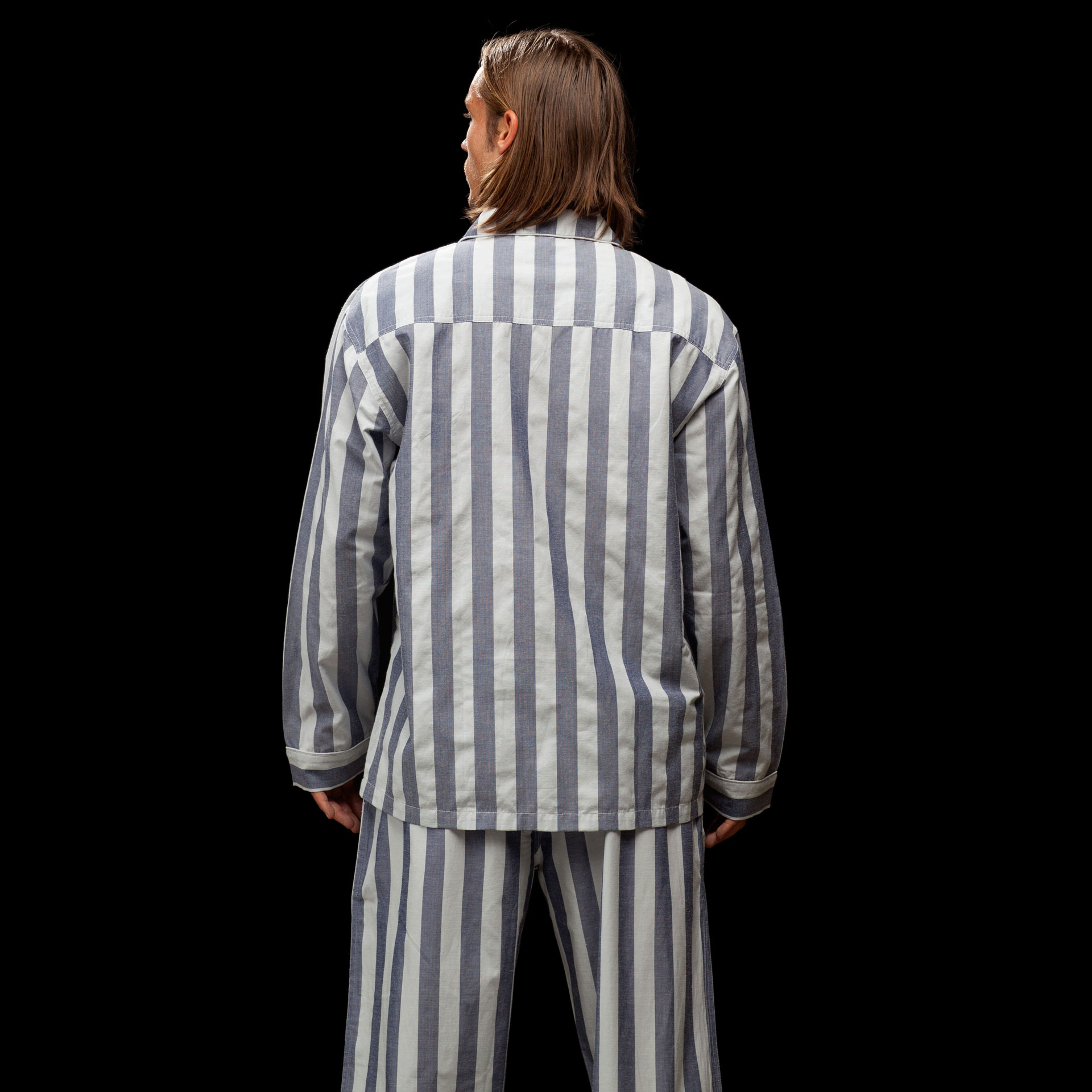 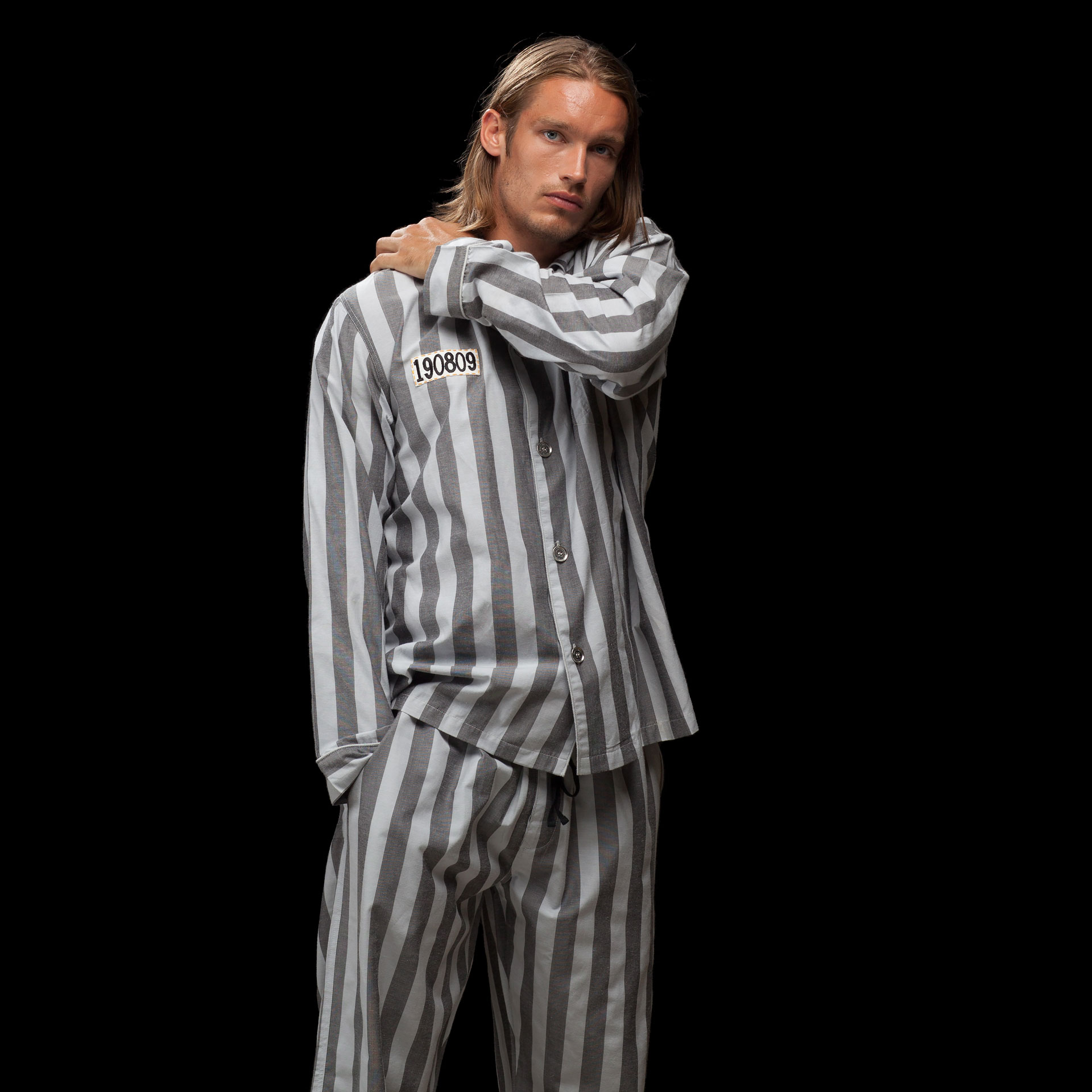 black & gray striped back side 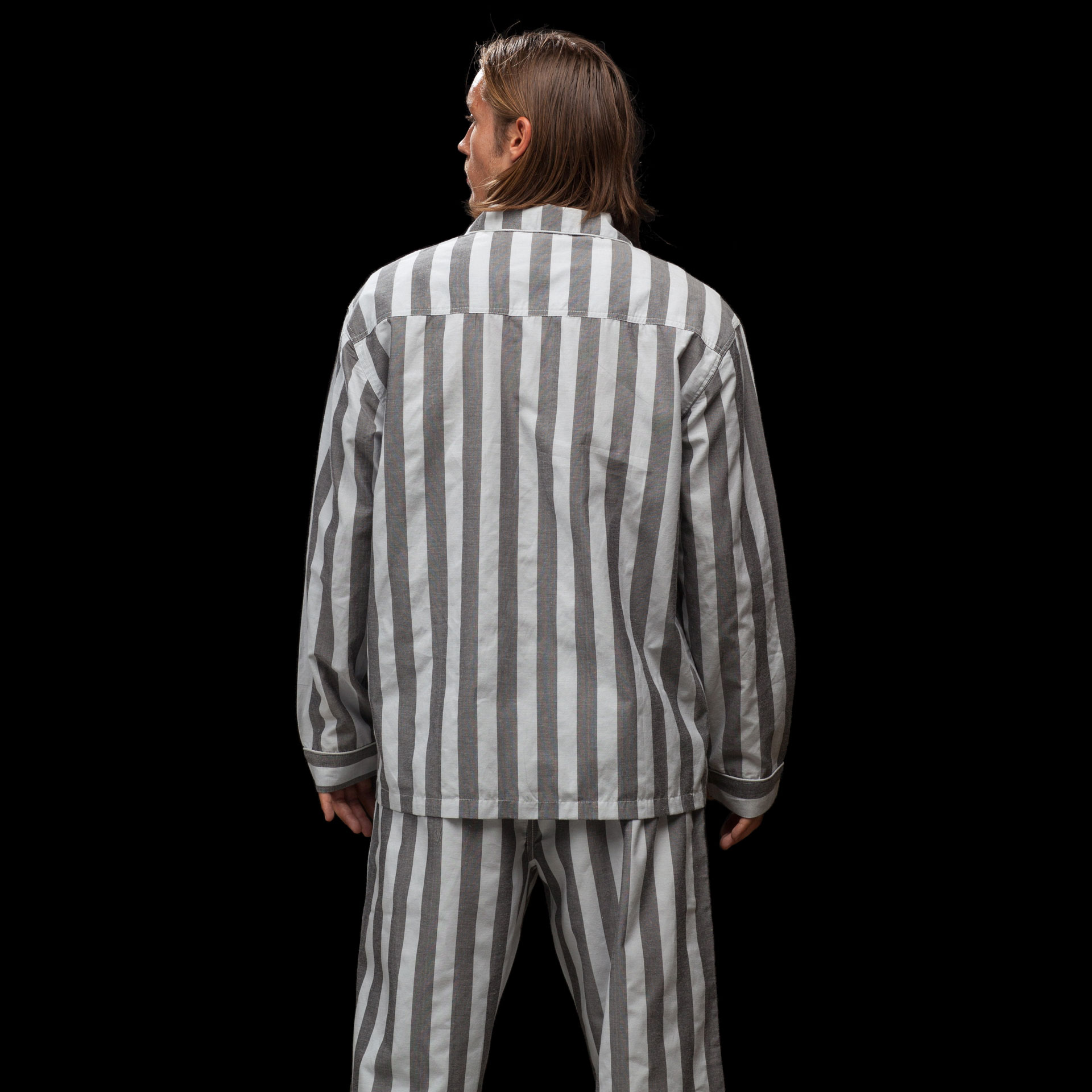 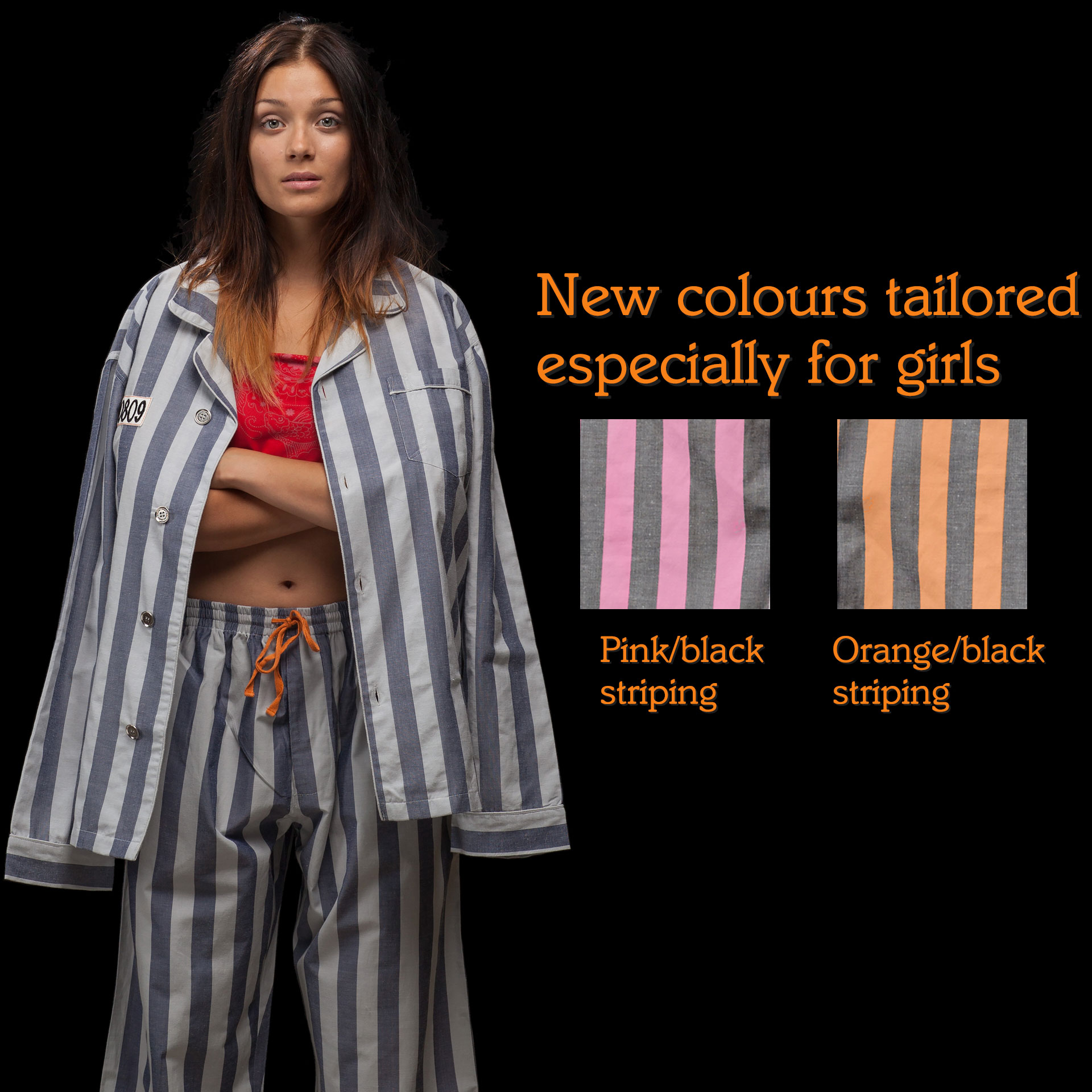 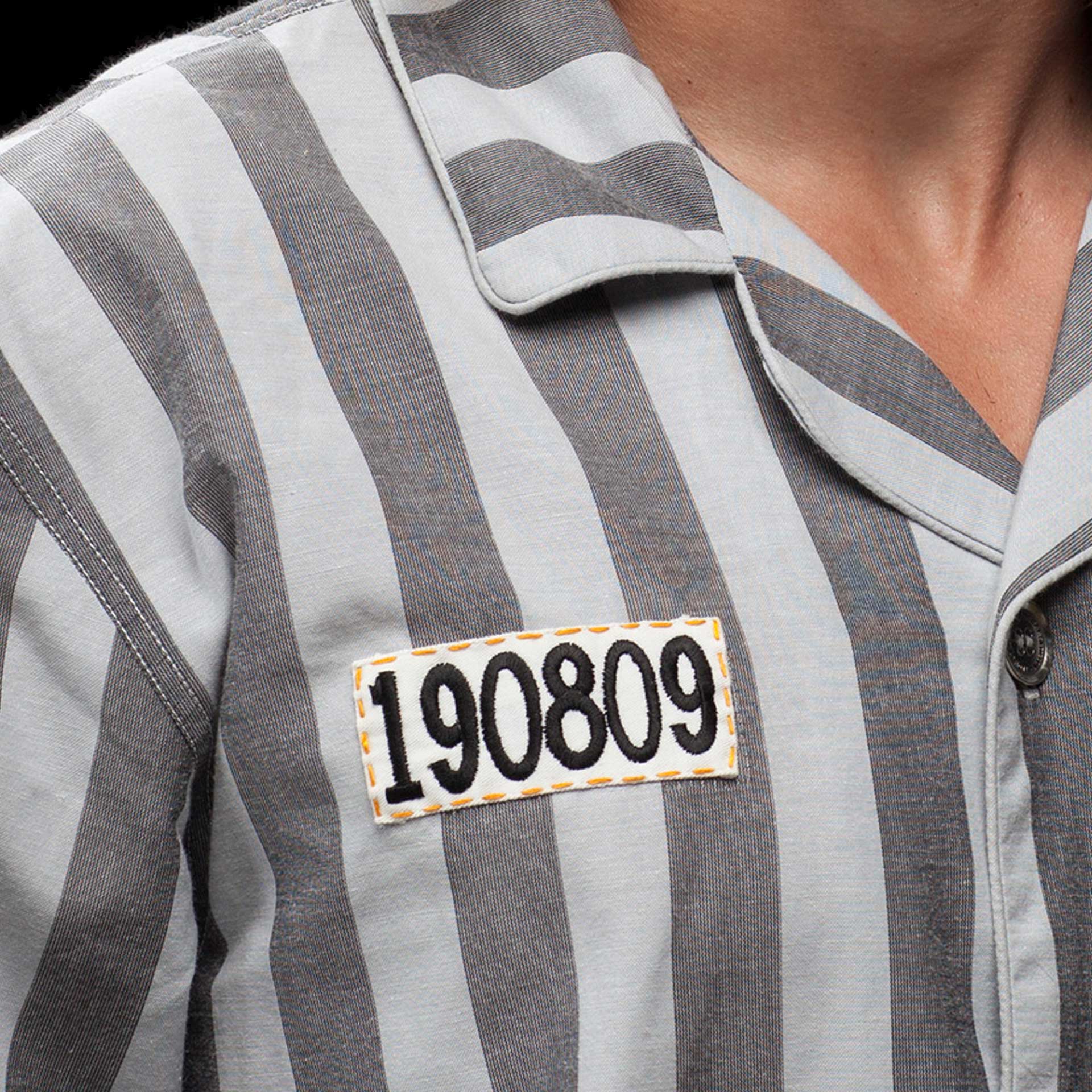 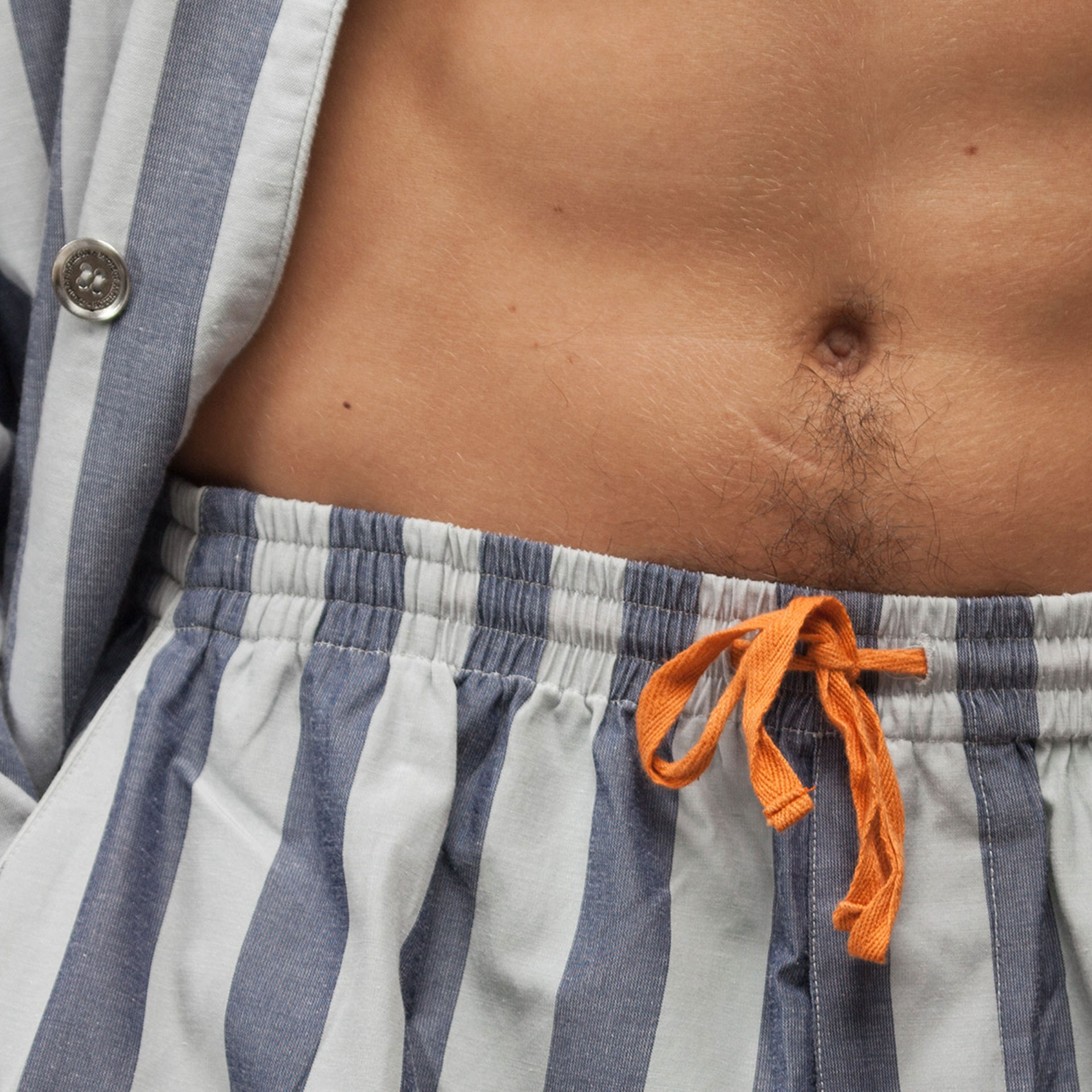 Striped uniforms were common among inmates in 19th century prisons around the world. In some countries the striping was vertical, in others horizontal. However way the stripes went, the idea of the pattern was to prevent escapes, facilitate recognition and ease the recapture of inmates on the run.

Coming into the 20th century, striped uniforms were seen as a badge of shame that degraded human dignity. They were abandoned.

We’ve brought this 19th century prisonwear staple back in the form of nightwear. Similar patterns and simplistic cuts have been adapted to the modern era. This relaxed nightwear made from organic cotton blend contains piquant details like county orange finishing and a chest pocket with toothbrush section – handy in prison.

* This item is inspired by prisoners like all pieces of Project Papillon. While some pieces are also made by inmates while doing time this one requires machinery and personnel that is not available in prisons. It has been crafted by a trusted partner in line with our code of ethics. Here we aspire the use of organic raw materials and production sites where good working conditions and reduced environmental impact are ensured.